Remember how brutal this past NYC winter was? The polar vortex or whatever they want to call it made city living an unbearable experience. Forget about making it out to an event if you could barely make it to the super market to get groceries. Seamless deliveries were in and event planning was out. Before you know it, we’ll be talking about Halloween, Thankgviving, Christmas, and then – boom – it’s another freezing winter.

August always flies by which is why it feels like the beginning of the end of summer. Some people have one last vacation planned that they’ve been looking forward to for months, maybe even a time share that let’s them get out of the city multiple weekends. But for the rest of us, it’s time to take matters into our own hands. If we aren’t proactive, then summer will be gone before we know it.

The #SquadUPSummer Cocktail Cruise is a reminder that the warm days are winding down, but that the fun doesn’t have to stop. There will be a 3-hour open bar, light apps, a beautiful view of the city, and a chance to stave off the end for a little longer.

But this isn’t the only way you can make the most of August. Check out our selection of the best ways to sneak in a little more sunny fun before the fall. And remember, if you need to organize your group of friends and maybe even collect some money, head to SquadUP to get the event creation process started.

Rihanna and Eminem perform at MetLife Stadium on 8/16 and 8/17. Don’t miss your chance to see this dynamic duo when the weather is nice. 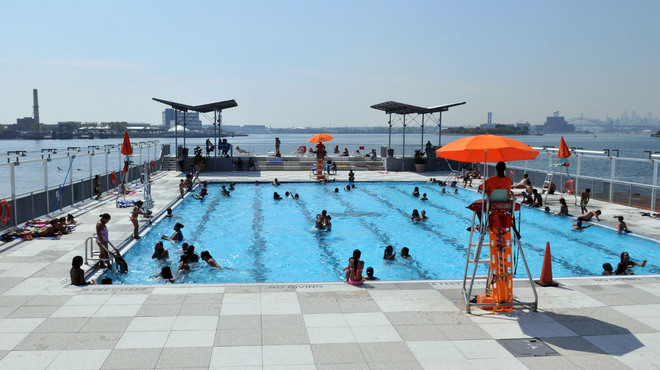 The Floating at Barretto Point Park isn’t the easiest place to get to. It’s in the bronx almost a mile from the closest subway stop. We know that there are plenty of swanky rooftop hotel pools you could buy your way into but this one is free. And it happens to have a beautiful waterfront view. The lack of convenient subways keep it relatively uncrowded… if you’re up for it.

Fort Tilden Beach has gone under some serious rehabilitation following hurricane Sandy, but it’s ready for summer 2014. This is probably New York’s best kept secret beach. Even on a popular weekend you’ll be able to secure a good 50+ feet of space for you and your beach buds. It’s not easy to get to via subway and not much easier even if you have a car. Our recommendation is to bike and make a day out of it. Bring plenty of food and drinks to make up for the lack of commercialization. You won’t regret it. 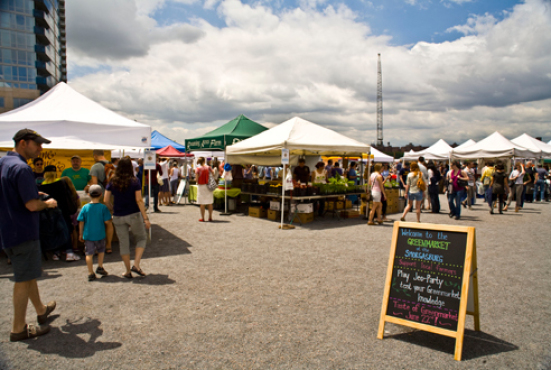 Smorgasburg needs no intro. If you’ve heard of it then there’ no reason for me to try to sell you anymore than you’ve been sold. And if you haven’t heard of it, that’s enough of a reason to explore such a famous summer weekend activity for yourself. But don’t keep saying you’ll get to it next weekend. The beginning of August means our summer weekends are limited. Go go go!