The rumors about the Russian technician being killed for his role in the Sochi 2014 opening ceremony debacle are completely false. Phew. And thankfully the infamous Olympic ring fail didn’t endanger any lives. That may sound like a bit of an extreme take on the situation, but a similar mistake could very easily have been made on a safety precaution. This comes to mind because, amongst all of the #tbt posts, we came across a more serious one that serves as an important lesson in event planning.

On this day, 11 years ago, Jack Russell’s Great White performed at The Station nightclub in West Warwick, Rhode Island. It was the night of the fourth deadliest fire in American history, killing 100 concert-goers. Most Throwback Thursdays are light and funny. But it’s important to learn from tragedies like this one. The takeaways from The Station don’t just apply to rock-and-roll concert tours. Bare in mind this was not a massive festival– after all, the concert was in West Warwick, Rhode Island. 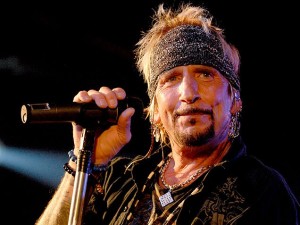 People gawk at the famous Van Halen contract rider that specified that there be no M&Ms backstage before any show. But it wasn’t about the color of the M&Ms they were concerned about. As David Lee Roth explains in his autobiography, “When I would walk backstage, if I saw a brown M&M in that bowl… we’d line-check the entire production. Guaranteed you’re going to arrive at a technical error. They didn’t read the contract. Guaranteed you’d run into a problem. Sometimes it would threaten to just destroy the whole show. Something like, literally, life-threatening.” Dan and Chip Heath wrote a book, Decisive, How to make better decisions in life and work in which they conclude that “David Lee Roth was no diva; he was an operations master.  In Van Halen’s world, a brown M&M was a tripwire.” 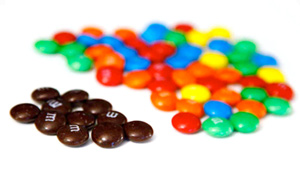 The contract for the Great White show took the time to specify the beverages and food the band wanted, but lacked the Van Halen attention to detail. The band manager liked to set off three pyrotechnic devices just as Jack Russell came out on stage. They were spark fountains called “gerbs” that were not included in the contract sent to The Station. This oversight and the fire department’s decision not to mandate sprinklers cost 100 lives.

It doesn’t matter what type of event you’re planning. Guests trust the host to be thorough in their preparation, especially as it relates to matters of safety and security. It’s important that our entire industry looks back on past events- good and bad- to proactively improve our practices. There’s much to be learned from one another’s successes and failures.

What are some past events that planners should study up on? After looking back on such a tragedy, we’d love to hear a few positive examples. Comment on this post or tweet @SquadUP.