We’re less than a week away from the big showdown between the Denver Broncos and the Seattle Seahawks—two formidable squads in cities with rapidly developing tech scenes. But the real city worth mentioning is New York City. Yeah, I know they’re calling it NY/NJ and the actual game is being played at the Meadowlands but NYC is where all the action will be taking place. Whether you’re gearing up for one of the big events or hosting your own Super Bowl party with friends, we have some last minute info to help plan. 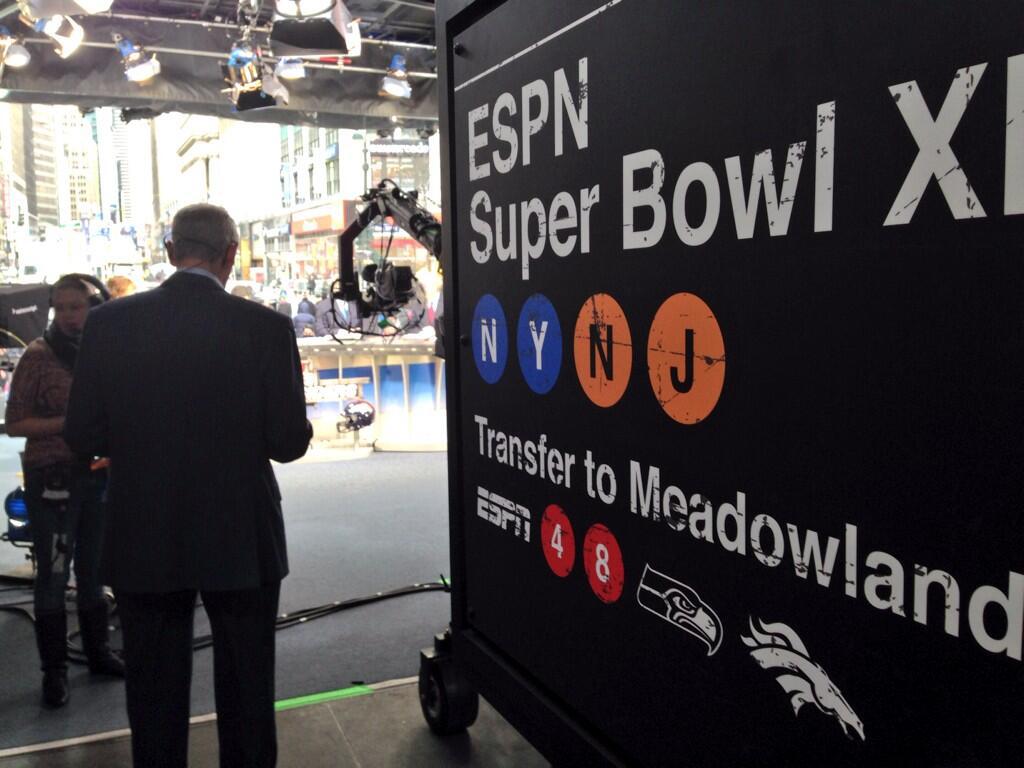 If you heard the rumors that Playboy was bailing on it’s yearly Super Bowl party then rest assured they are just rumors. This year The Visionary Groupis producing the event to be help at the Bud Light Lounge. And if you follow that link you’ll get an idea for the long list of celebrities and companies going all out for this beloved American tradition. And amongst them all it’s the Playboy party, featuring a late night performance from Nelly, who is a former football player himself (in high school and The Longest Yard), that gets to be called the “hot ticket”. Makes sense—I could totally see Nelly and Steve Smith trading places for a day.

We’re proud to announce that our good friends over at Basketball City have locked up ESPN’s 10th Annual Super Bowl blowout. This year’s epic partywill be “New York State of Mind” themed and showcase performances by Robin Thicke and Kendrick Lamar. Woah. If you’re in NYC for the Super Bowl, this is the place to be. ESPN finished their official venue and theme announcement by taunting other event hosts with the line: “Your move.”

We admit that having Playboy bunnies running around the party or some Kendrick Lamar flow is pretty sweet, but our favorite Super Bowl events are the less extravagant ones. You know, the ones where you and your friends make nachos, split a couple cases and wear sweatpants and jerseys. It’s never too late to rally the troops to watch and SquadUP is the perfect tool for some last minute planning!