We’ve broken down everything you need to know about the USA World Cup matchups and even threw in a bonus at the end. Head to SquadUP to create events like watch parties and victory celebrations. Go USA!

The Americans know the Ghanaians well—they’ve lost to the Black Stars in the last two World Cups, and twice it turned out to be the last match the USA would play. This isn’t the same Ghanaian team, however. While the Americans have somewhat come of age since those two losses, Ghana’s golden generation has passed, and the Ghanaians are currently undergoing a rebuild. That’s not to say the Black Stars aren’t talented—they undoubtedly are. Kwadwo Asamoah is probably the biggest star these days. The Americans are familiar with Asamoah Gyan and Kevin-Prince Boateng, who both scored in the round of 16 match in 2010. Ghana’s 6-1 demolition of Egypt to make it to the finals was impressive, but the team has had its ups and downs since then. Losses against the Netherlands and Montenegro were followed by a resounding 4-0 win over Korea Republic, and the Black Stars appear to have hit the right gear at just the right time. The team’s biggest strength lies in its powerful, athletic midfield, who are as technically adept as they are dangerous on the counter. They aren’t used to teams dominating the ball for significant amounts of time and can lose focus on set pieces. If the USA can score first, eliminating the threat of the counter could prove to be the difference. 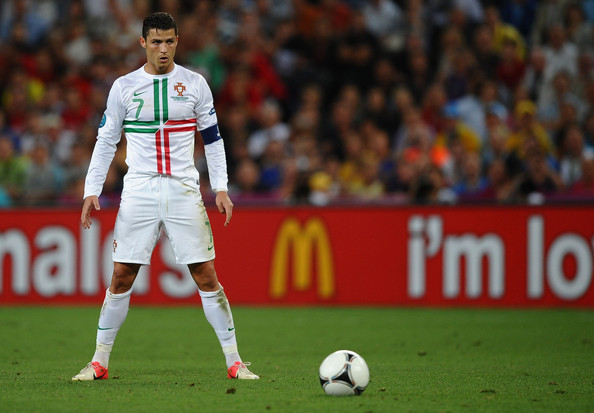 The Portuguese team isn’t just “Cristiano Ronaldo and the rest,” but let’s not kid ourselves—any team that fields a Ballon d’Or winner will build its tactics around him. When Ronaldo sat out the first few friendlies Portugal played in preparation of the tournament, the team struggled. A draw against Greece and a last-minute win over Mexico had people worried, but when Ronaldo returned against Ireland, a 5-1 win erased  any memories of those earlier struggles.

Portugal is athletic and dangerous on the counter, but they refuse to fold back and let the other team hold the ball. They can lose focus for large spells of the match and allow themselves to be lulled to sleep, only to explode and score two or three goals in the span of minutes. The duo of William Carvalho and Joao Moutinho make for a strong midfield presence, while Pepe and Fabio Coentrao lead a back line that won’t be outmuscled by anyone.

The USA’s biggest advantage is the fact that Portuguese will be playing Germany first, and Die Mannschaft’s ball-heavy approach will have the Portuguese team moving for the full 90 minutes. Ronaldo isn’t 100 percent healthy coming into the tournament, and fatigue could be a factor in the harsh Manaus climate.

The Germans are the favorites in Group G, but they have some concerns coming into the tournament. Injuries and a lack of form for some of the top players held the team back during preparations for the World Cup, not to mention that this group of players is facing serious pressure.

Germany ruled the football world last season, with Bayern Munich facing off against Borussia Dortmund in the final of the UEFA Champions League. This year, it was a different story, as Dortmund was slowed by injuries and Bayern were rocked by an impressive Real Madrid team.

What the past season did to the Germans’ confidence is a question that can’t be answered until we actually see them play. Given the insanely deep pool of players Joachim Loew gets to pick his players from, there’s a good chance it won’t affect them at all.

The Germans always move well on the pitch, and their full-backs are very active and dangerous. But with form and injuries already a worry for the team, two matches against physical opponents like Portugal and Ghana could take their toll on the squad. The Germans have a deep group of players to choose from, but a team can only take so many hits. If form and fitness are a concern, and the Germans are forced to move deep into the USA’s half, the counter-attack becomes the Americans’ weapon of choice.

The Italians drew the Germans out beautifully during the semi-finals of Euro 2012, and while Clint Dempsey may not be Mario Balotelli, there’s no reason to think it couldn’t work again. 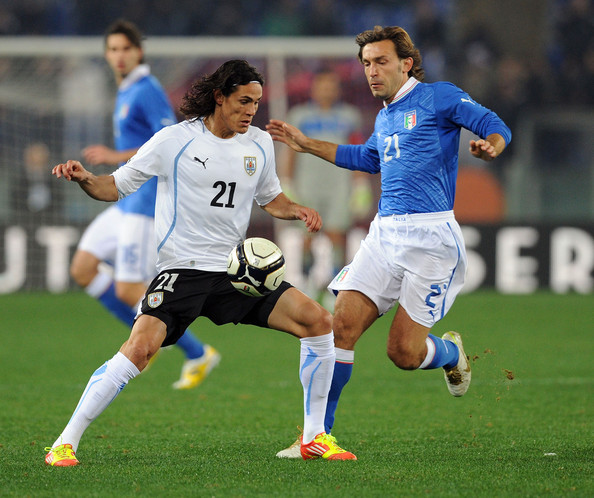 If there’s a second “Group of Death,” it’s the Group D draw that boasts three top-10 teams including No. 7 Uruguay, No. 9 Italy and No. 10 England along with Costa Rica. By the time this match rolls around, Italy and Uruguay could be battling for first place in the group or the group’s final berth in the knockout round.

This matchup is about as even as it gets. The two teams have faced each other eight times and each side has two wins, two losses and four draws. Even the goals scored for both teams are even at seven apiece. The strikers for both sides will be front and center, with the Azzurri’s Mario Balotelli and Ciro Immobile, who is a rising star in Europe, trying to outperform the established Luis Suarez and Edinson Cavani of Uruguay.

NOTE: Luis Suarez status of Uruguay is unknown due to his knee