Jason Saltzman, the CEO of AlleyNYC, our collaborative shared space, wrote a nice post for the Wall Street Journal Accelerators blog recounting his time as an intern and how that’s shaped his own intern program. Although, as you may have read, every time you refer to members of his Alley Action Team as interns you risk putting money in the jar. Instead of a swear jar, it’s a messaging jar.

What you call them may seem not seem important to the untrained eye, but it is. Internships aren’t like they used to be. If you’re a college student spending your summer running errands and completing mindless tasks then there’s something wrong, not to mention illegal. It’s fine to have a boring summer job, but it needs to be a paying job if you’re not acquiring real skills. Know your value, what your deserve, and your legal rights. 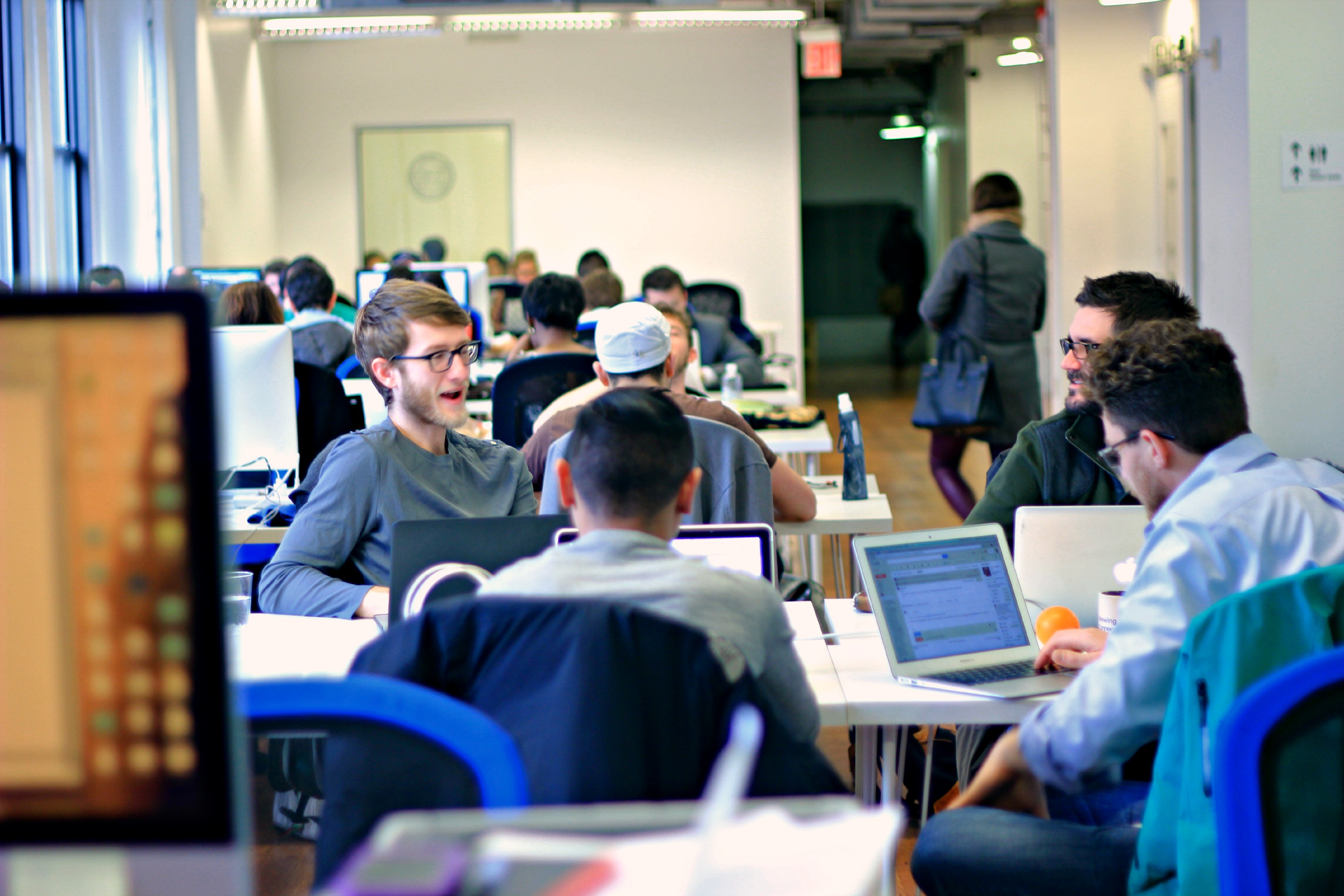 We’ve been running the SquadUP Summer Fellowship Program (note the word choice!) since the first week in June and it’s been a great learning experience for both the SquadUP fellows and the SquadUP founders. From the initial planning, we wanted to ensure their days were predominantly educational. Like Jason mentioned, there are about 80 startups in the space which means at least 80 founders with fascinating stories to tell. We set up a speaker series so they can hear from a different one every week. Sometimes we group a few of them together by their industry to form panels such as fashion tech, food tech, and event tech. Speaking of food tech, Spoon University, one of the startups participating in the program are hosting their #BrainfoodNYC event for college students right here at AlleyNYC. Don’t miss out!

When they’re not learning from other entrepreneurs in the space they’re taking on meaningful projects, not busy work. Working for a lean, agile startup, they’re able to see the results of their work immediately. They’ve worked primarily on event marketing and been able to experience that sense of satisfaction when they pack the house for an awesome event and, conversely, they’ve had to be the barer of bad news and cancel an event that never quite took off.

But it all comes back to Jason’s post on the WSJ Blog: internships, if you still want to call them that, are not like they used to be. At the end of the day the responsibility is on the company to respect the new code (and the state to enforce it), but that doesn’t mean students shouldn’t be aware of their value and how high the bar is set. Rest assured, after working a week in the SquadUP Fellowship Program or with the Alley Action Team, you won’t want to be anybody’s coffee slave.