The official lineup for the Illmore 2014 at #SXSW was announced last night and it only added to the most hyped up and eagerly anticipated event we’ve ever been a part of. There’s something about finding out that your favorite artists will be performing at a private concert that gets people going wild. When startup conferences announce their speakers or charities announce the venue for their fundraiser it doesn’t have quite the same effect. Everywhere you go in Austin, TX you hear people talking about The Illmore, who they want to see, where it’s going to be and of course– will they get a wristband. It’s amazing the type of excitement you can generate when you combine the top musical performers in the game with the uncertainty of admission. But we know you don’t want our psychological analysis. You want the lineup. So if you haven’t heard already, here is the official lineup for The Illmore 2014: 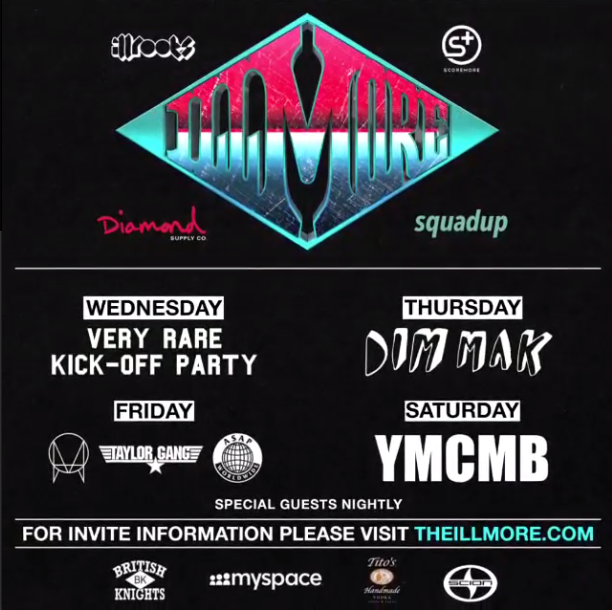 And in case you need some of those logos and symbols spelled out, here is the old school version:

We’re told that there’s a heavy emphasis on special guests and that plenty of other big name artists will be stopping by to spin, spit, or just party at the hottest spot at #SXSW. Share this post and tweet @SquadUP for a chance to secure the most coveted wristband in all of Austin. Please remember that there are no exceptions: if you don’t have a wristband, you’re not getting in.