Arianna Huffington is the chair, president, and editor-in-chief of the Huffington Post Media Group, a nationally syndicated columnist, and author of fourteen books. In May 2005, she launched The Huffington Post, a news and blog site that quickly became one of the most widely-read, linked to, and frequently-cited media brands on the Internet. In 2012, the site won a Pulitzer Prize for national reporting. Needless to say, SquadUP is proud to power her event. 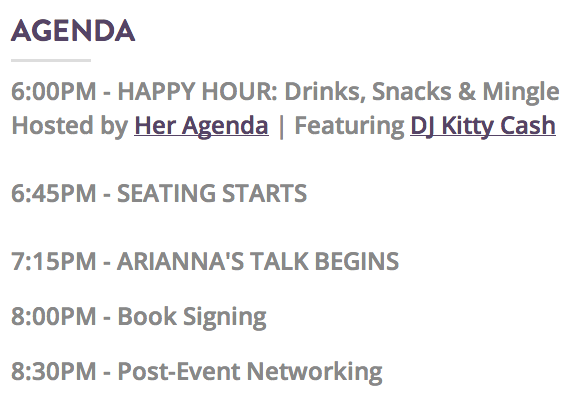 Of all the speakers and event headliners we’ve had, Arianna may require the least introduction. We’re lucky to have her at AlleyNYC this Wednesday for #ThriveAtAlley. Her 14th book, Thrive: The Third Metric to Redefining Success and Creating a Life of Well-Being, Wisdom, and Wonder was published by Crown in March 2014 and debuted at #1 on the New York Times bestseller list.
f
Thrive was inspired by a personal wake up call that Arianna Huffington received in the form of a broken cheekbone and a nasty gash over her eye, the result of a fall brought on by exhaustion and lack of sleep. As the cofounder and editor-in-chief of the Huffington Post Media Group and one of the world’s most influential women she was, by any traditional measure, extraordinarily successful. Yet as she found herself going from brain MRI to CAT scan to echocardiogram, to find out if there was any underlying medical problem beyond exhaustion, she wondered is this really what success feels like? 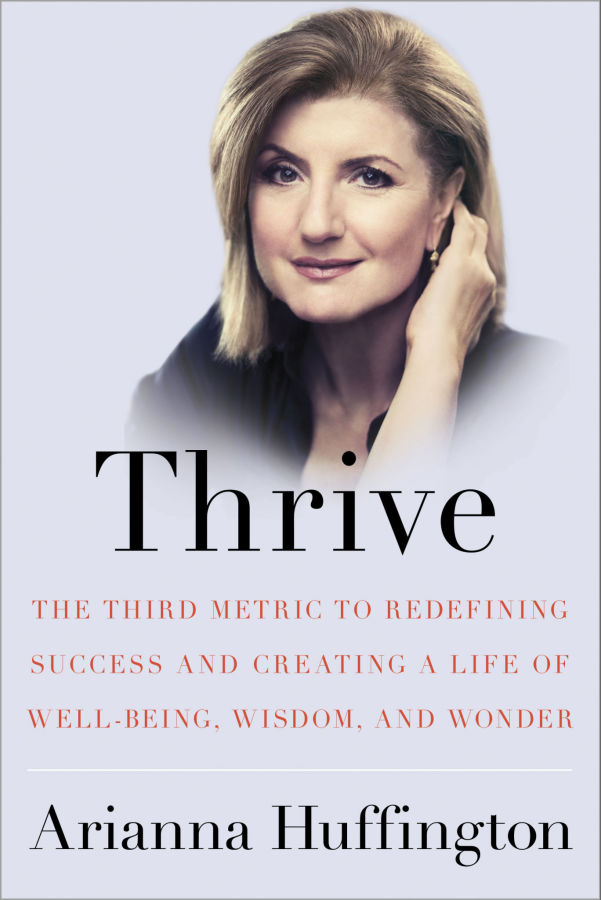 This groundbreaking new book that Arianna is coming to discuss explores what it means to live a successful life. Thrive proposes a third metric of success— one that goes beyond money and power to include well-being, wisdom, wonder and giving.